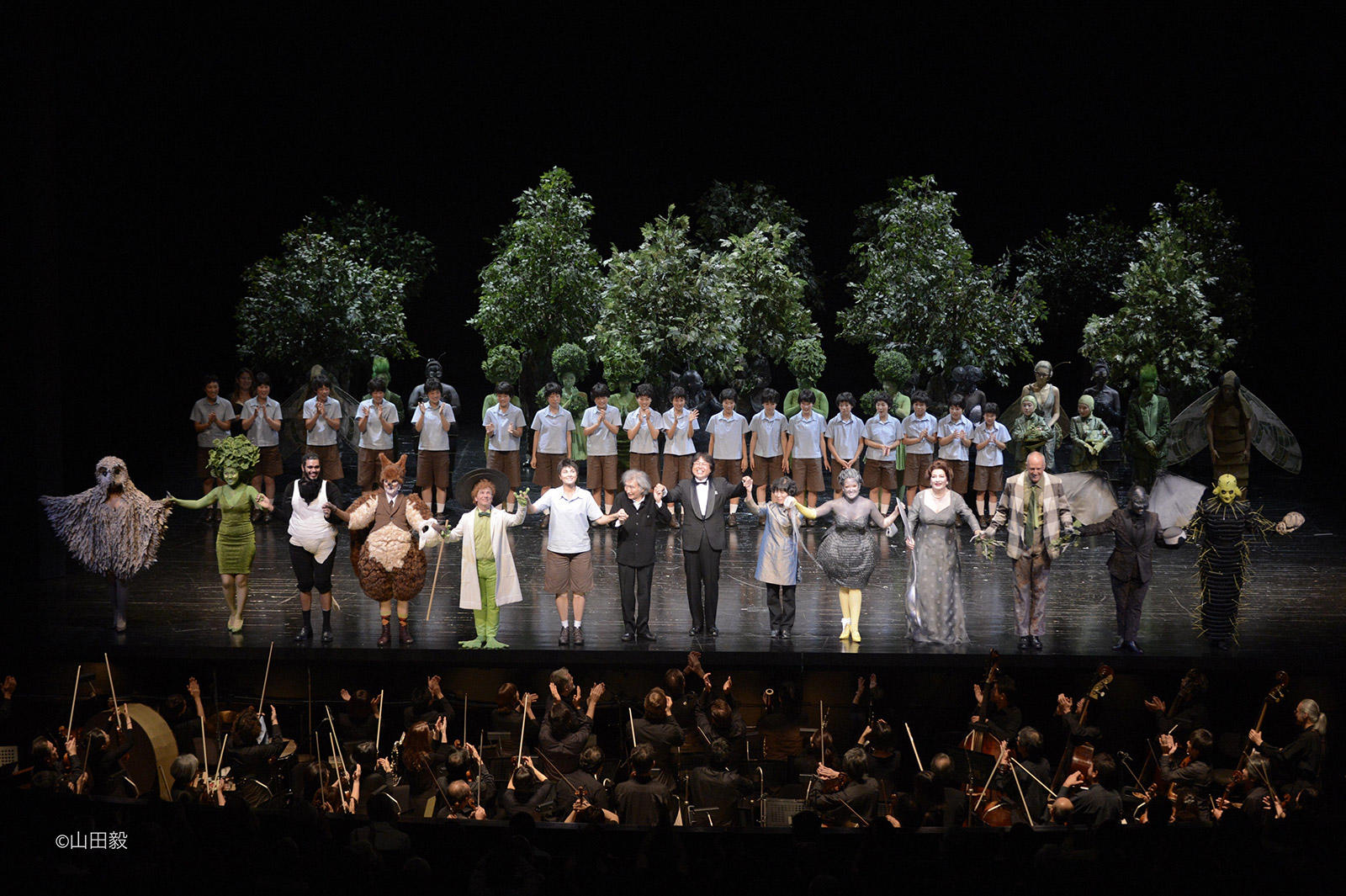 We are happy to announce that the recording of 2013SKF Opera Ravel: "L'enfant et les sortileges", conducted by Seiji Ozawa and performed by the Saito Kinen Orchestra, has won the 58th Grammy Award for Best Opera Recording. The highest peak of music awards was held at Staples Center in Los Angeles on February 15th, 2016.

Seiji Ozawa made his debut at Paris Opera with Ravel’s “L’enfant et les sortileges”. This summer at the2016 Season of OMF, Seiji Ozawa will be conducting the same opera piece together with Seiji Ozawa Music Academy Orchestra.

The “L’enfant et les sortileges”, is an opera production I made with my close Saito Kinen Orchestra friends and great opera singers. It is thanks to them that the rehearsals and performances of this production were fruitful and truly enjoyable. I think that this is a driving force of Matsumoto festival. I am very happy and honored that we produced this piece. I would like to share this joy with all of them!

I am extremly happy and so proud to hear that the 2013SKF Opera: Ravel “L’enfant et les sortileges” has been awarded Best Opera Recording award at one of world's respectuful and longlasting music awards.

If one recalls, the 2013 year was a year when the Artistic Director Seiji Ozawa just recoved from the one-year break and when their Majesties the Emperor and Empress visited us in Matsumoto. This award goes to a long-year support of Nagano Prefecture, to Matsumoto City, sponsors and supporters and nevertheless, to all the volunteers without whose support the Festival could not be realized. I would like to take this opportunity to express my deepest thanks to them all.

Along with Seiji Ozawa as an Artistic Director and the Saito Kinen Orchestra, we intend to continue producing the high quality music and we count on your continuous support.

On behalf of Matsumoto City, a host of Seiji Ozawa Matsumoto Festival, I would like to express my gratitude for the winning of Best Opera Recording Grammy Award.

I am extremely honored to hear that the opera held in Matsumoto won a world music prize and am very happy for the Matsumoto city which srives at becoming "The city of music".

I feel this awards just confirms the high artistic quality of classical music produced by the Artistic Director Seiji Ozawa and the Saito Kinen Orchestra and the continuous support of the citizens of Matsumoto City. Matsumoto City will continue to support Seiji Ozawa Matsumoto Festival and as its host work to enhance its outreach projects.

Mr Mark Volpe, the managing director of Boston Symphony Orchestra, has recevied the award on behalf of the Artistic Director, Seiji Ozawa.