2022 Seiji Ozawa Matsumoto Festival Official Leaflet has arrived! As well as the list of all programs of this year, you may find the most anticipated Saito Kinen Orchestra Member list too. The printed version will be available at classical music concerts and concert halls. Please take a look when you find the signature cover by Mr. Hiroshi Senju with OMF 30th specail logo. 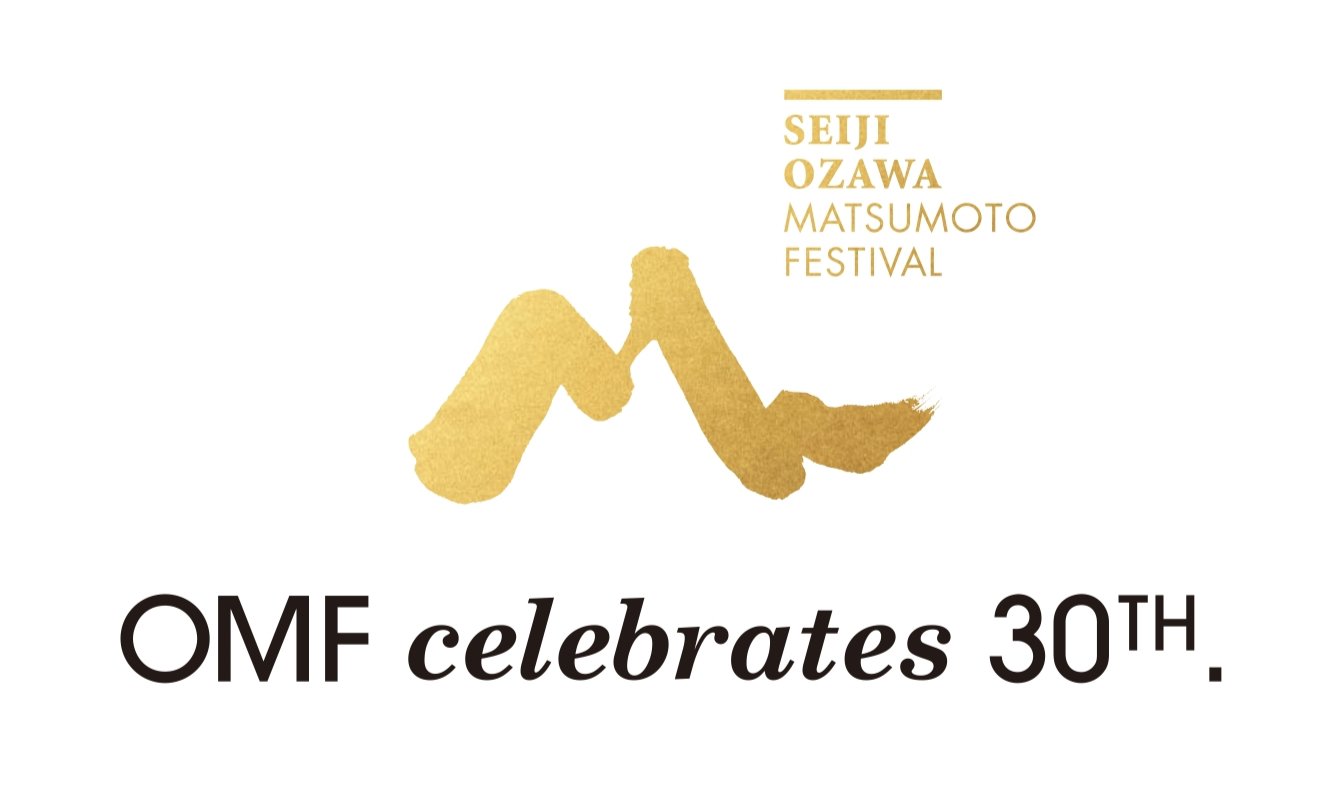 Born in 1992 (then as the Saito Kinen Festival Matsumoto), the Seiji Ozawa Matsumoto Festival marks its 30th anniversary this year. This will be the first festival in three years, having been cancelled consecutively in 2020 and 2021. In this milestone anniversary year, the festival will be held for 28 days, from Saturday, August 13, through Friday, September 9. Not only that, after the summer this year, we will hold a special concert in November as well.

While prudently implementing measures to prevent transmission of COVID-19, we are preparing to deliver the best in performances to venues in Matsumoto and Nagano Cities.

After having done concert tours in the West since 1987, good fortune brought the Saito Kinen Orchestra and me to establish Matsumoto as our home and launch the festival in 1992. We mark our 30th anniversary this year.
I still vividly remember the apprehension of the first year. We boldly filled the stage of the freshly-built Matsumoto Bunka Kaikan (now Kissei Bunka Hall) with water in its inauguration with Oedipus Rex, which won an Emmy Award in the US. I was also amazed at how fans set up tents to camp out by the booths before tickets went on sale. The many concerts with the Saito Kinen Orchestra, which is my musical family, and the many innovative and ambitious opera productions all hold special memories for me, such as the outdoor opera (La damnation de Faust) held in the garden of Matsumoto Castle, the 1000 Voices chorus, and joint concerts with the children of Matsumoto. The festival was welcomed by the majestic nature and warm people of Matsumoto, and I am truly delighted that this has continued for 30 years. I am thankful anew for the support of audiences and the local Matsumoto community.
The orchestra concert in the first year opened with Ceremonial, for which the festival commissioned Toru Takemitsu. The orchestra concert this year again will start with Ceremonial. I believe that this will be a special concert that links the past 30 years to the coming 30 years. This year, we will also hold special autumn concerts in November to celebrate our 30th anniversary.
I invite you to enjoy our festival this summer in Matsumoto, and in November in Nagano as well. The Saito Kinen Orchestra members and I look forward to seeing you. 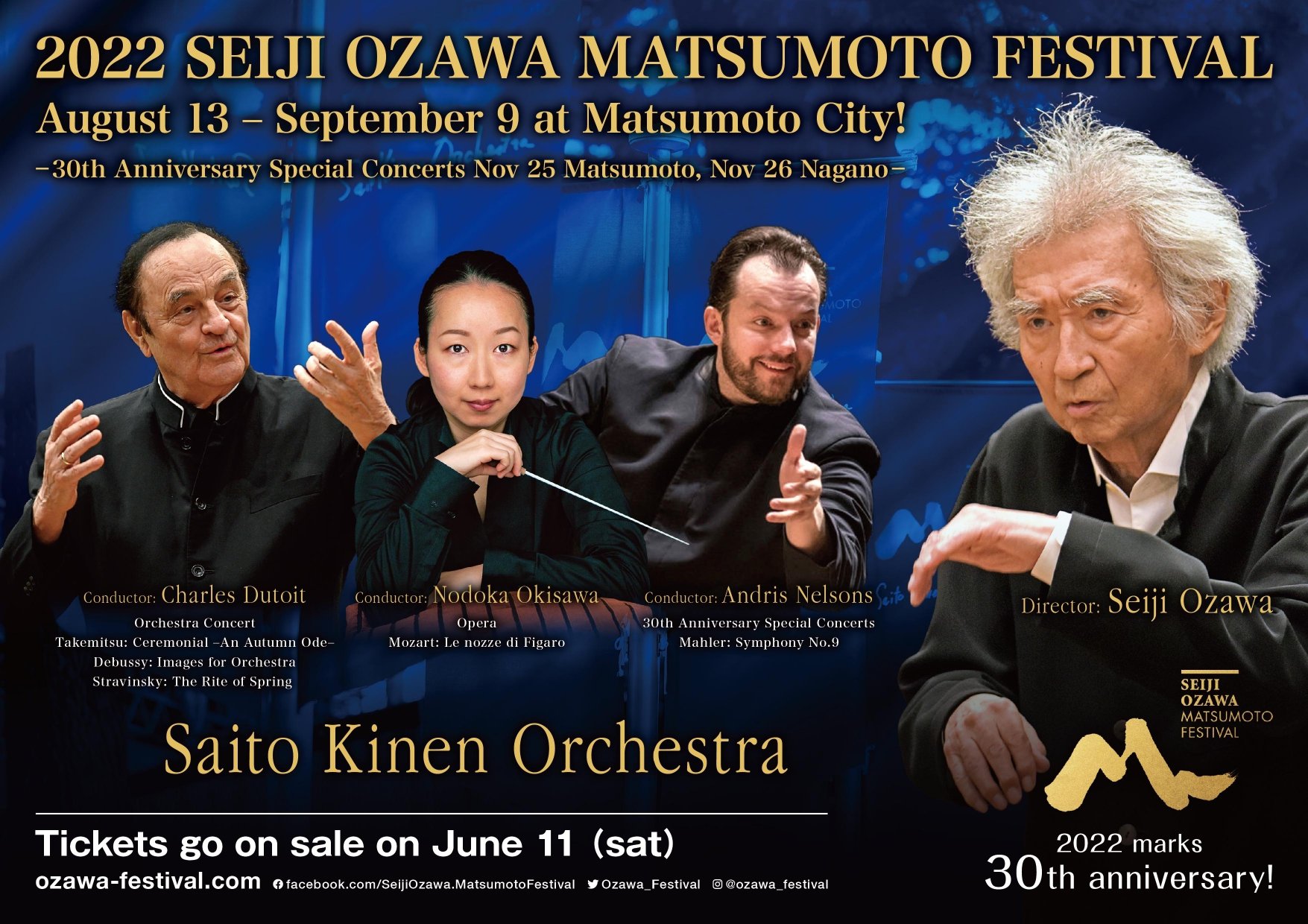 Born in 1992 (then as the Saito Kinen Festival Matsumoto), the Seiji Ozawa Matsumoto Festival marks its 30th anniversary this year. This will be the first festival in three years, having been cancelled consecutively in 2020 and 2021. In this milestone anniversary year, the festival will be held for 28 days, from Saturday, August 13, through Friday, September 9. Not only that, after the summer this year, we will hold a special concert in the autumn as well. While prudently implementing measures to prevent transmission of COVID-19, we are preparing to deliver the best in performances to venues in Matsumoto and Nagano Cities.

OMF in 2022 will be stunning!
Dutoit! Okisawa! Nelsons!

Formed with the best musicians from Japan and abroad, the Saito Kinen Orchestra this year will team up with Charles Dutoit, who truly lived to his moniker of “Magician of Sound” in the 2021 streamed concert with accolades from the audience watching from around the world, and Nodoka Okisawa, a rising star who won the 2019 Besançon International Competition for Young Conductors, which is known as the gateway to success for conductors.。

While the performance in the no-audience streamed concert last year had approximately 120 thousand views and was superb, concerts are doubtlessly meant to be performed in venues with live audiences, and Dutoit will return to Matsumoto once more as vindication for 2021. The program will include Toru Takemitsu’s Ceremonial -An Autumn Ode-, which was commissioned for the first year of the festival in 1992 and performed with Festival Director Ozawa, SKO, and Mayumi Miyata (sho), as well as works by Debussy and Stravinsky, which drew out a magnificent performance by SKO, a group of professionals, in the streamed concert. Ms. Miyata will return to play the sho for Ceremonial.

Okisawa will take on the Mozart opera Le Nozze di Figaro. This production will be directed by the brilliant Laurent Pelly, who in the past directed The Cunning Little Vixen (2008) and L’enfant et les sortilèges and L’heure espagnole (2013). Okisawa is highly acclaimed in recent years for her guest appearances with key orchestras in Japan and anticipation is high for her performance as a conductor of opera. Both orchestra concerts and opera cannot be missed.

And in addition to the summer, we will hold special OMF concerts in the autumn at Matsumoto and Nagano Cities in 2022. For the Seiji Ozawa Matsumoto Festival 30th Anniversary Special Concerts to be held on November 25 and 26, the Saito Kinen Orchestra will be conducted by Andris Nelsons, Music Director of the Boston Symphony Orchestra. Festival Director Ozawa holds special memories for BSO, having been engaged as its music director for 29 years from 1973 to 2002. And Mahler’s Symphony No. 9 is a symphony that Ozawa performed in April 2002 at his final BSO concert before stepping down as music director. We are greatly excited at the thought of the SKO sound resonating under the baton of an international conductor who has deep ties to Ozawa. We will later announce updates with details of the program that will be truly fitting for this anniversary year and invite you to look forward to this.

This announcement is current as of March 15, 2022. We ask for your understanding that content and scale are subject to change depending on the COVID-19 situation ahead.

I am so happy that this treasured music festival that I launched in 1992 with my Saito Kinen Orchestra colleagues will celebrate its 30th anniversary.
I hope for your continued support so that we can continue to deliver the music of this special Saito Kinen Orchestra from Matsumoto to the world. 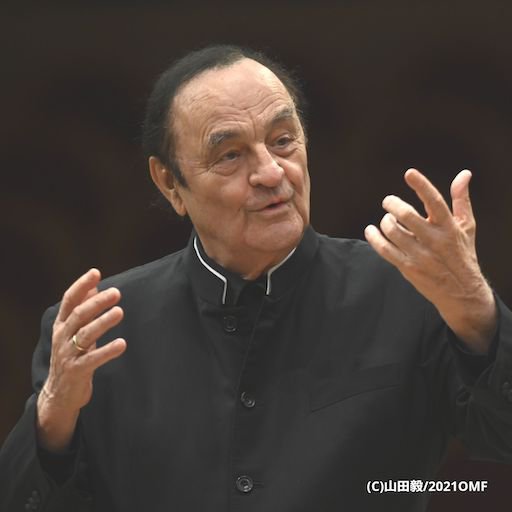 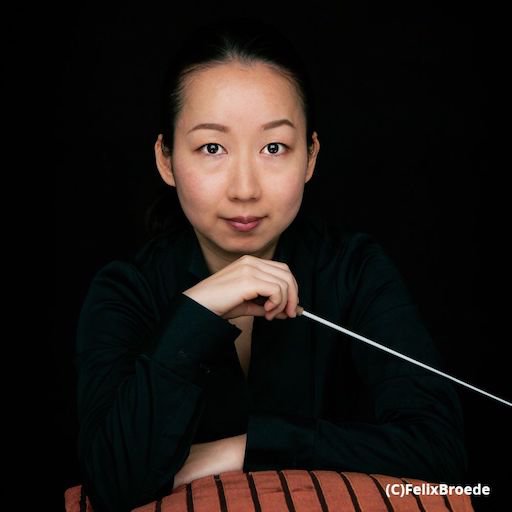 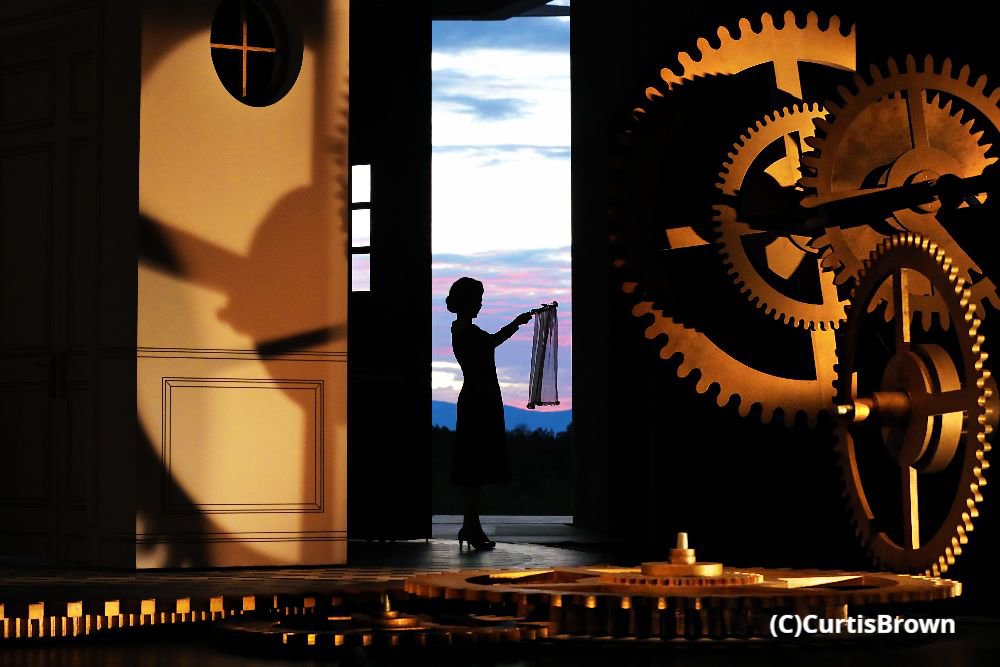 *Production originally designed for and created by The Santa Fe Opera. 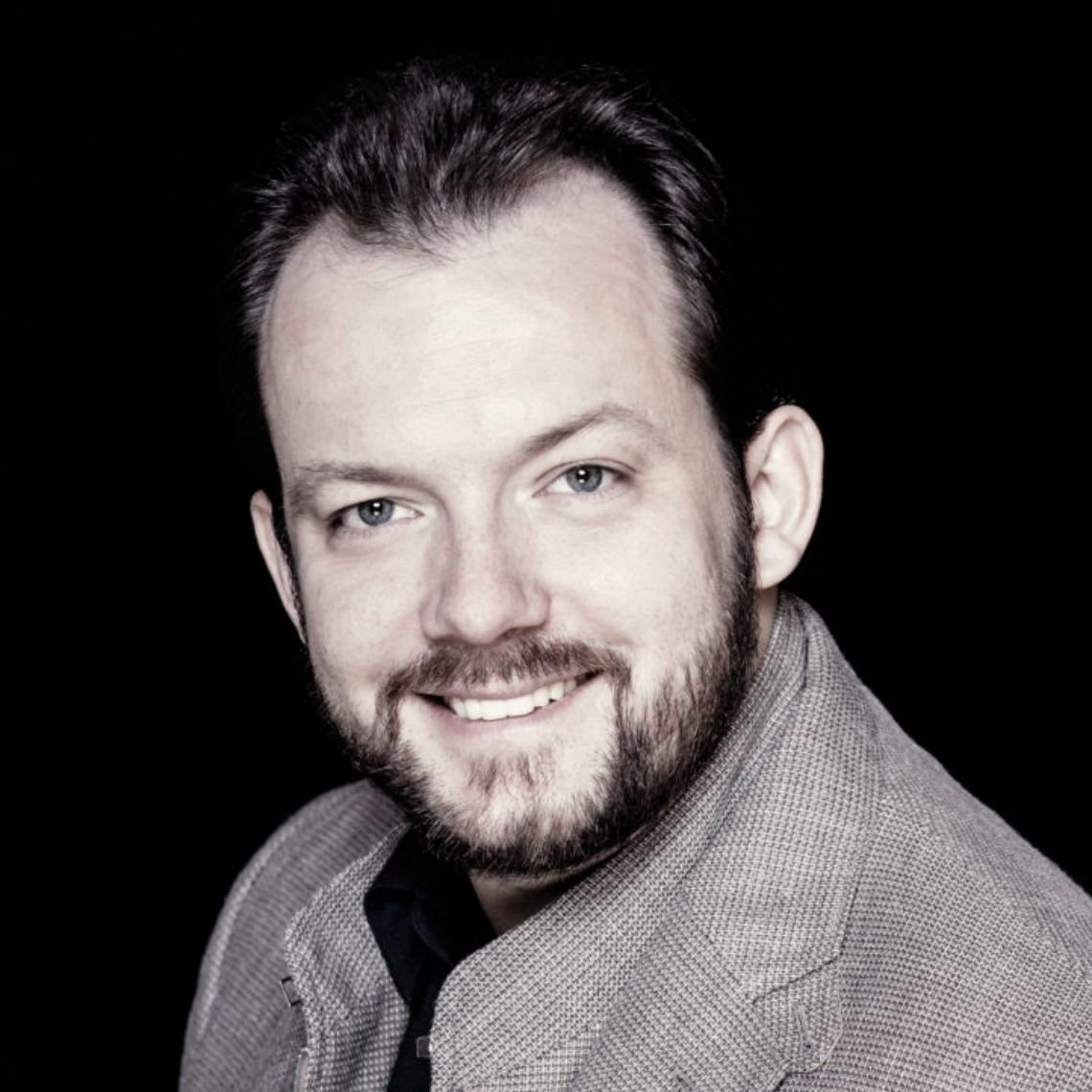 OMF web tickets can also be purchased!
Tickets can be reserved and purchased directly from the official OMF website.
Whenever you like 24/7, you can choose your seat while checking the seating layout. https://www.ozawa-festival.com 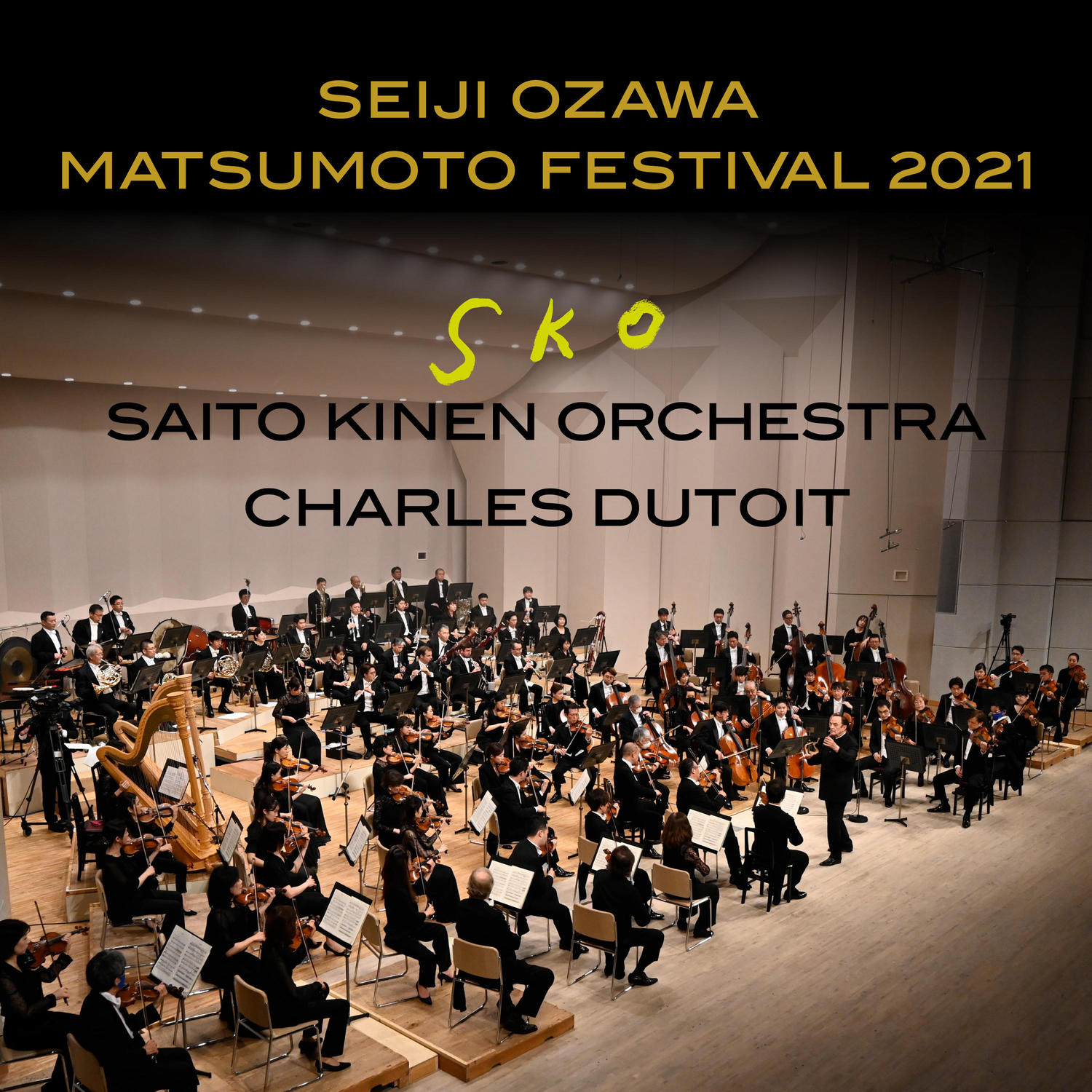 We are pleased to announce that we will release a recording of the Seiji Ozawa Matsumoto Festival Orchestra Concert Program B that was streamed September 3 and 5, 2021 on YouTube.

In an extraordinary endeavor, this concert conducted by Charles Dutoit and performed by the Saito Kinen Orchestra was streamed uncut and free of charge. With tremendous response worldwide, we received a flood of views from 29 countries/regions, with a total of approximately 120 thousand viewers for both days. The chat space that is unique to live streaming was lively, with enthusiastic messages such as “I really hope a recording is released,” “I was mesmerized by the amazing performance,” “This is the most beautiful The Firebird Suite I’ve ever heard,” and “It brought me to tears.”
Festival Director Seiji Ozawa attended the performance and recording on September 3. He conducted along to the performance of The Firebird Suite while listening at his seat and enthusiastically applauded the spirited performance of his close friend Dutoit and trusted SKO members.

The recording of this concert, which many viewers expressed their wish for immediately after the streaming, will be available on the various music streaming sites from 12 a.m. on Wednesday, December 29. We invite you to enjoy this superb performance that is fitting to cap off 2021.
Video streaming of this concert is tentatively scheduled for March 2022. Details will be announced at a later date.

Link to play/download▶ https://classic.lnk.to/MatsumotoFestival2021
(*The links will be updated when streaming starts on December 29 to jump to the chosen page)