New Recordings of the 7th Symphony & Leonore Overture No. 3 with the Saito Kinen Orchestra Released on Sep 1st 2020

Dominic Fyfe, Label Director of Decca Classics and the producer of recordings by Ozawa and the Saito Kinen Orchestra’s since 2003, says, “We all wish Seiji the happiest of birthdays. While recent years have been challenging because of illness, his music-making has shone through with a determination and resilience which are apt for Beethoven and this most exhilarating of his symphonies”.

In Ozawa’s 85th birthday year, a double Beethoven release commemorates not only the German composer’s legacy, but also that of the “lithe, balletic athlete with a shock of thick black hair” (Steven Spielberg, speaking in 1998, reflecting on their first meeting) who continues to captivate audiences well into his ninth decade. 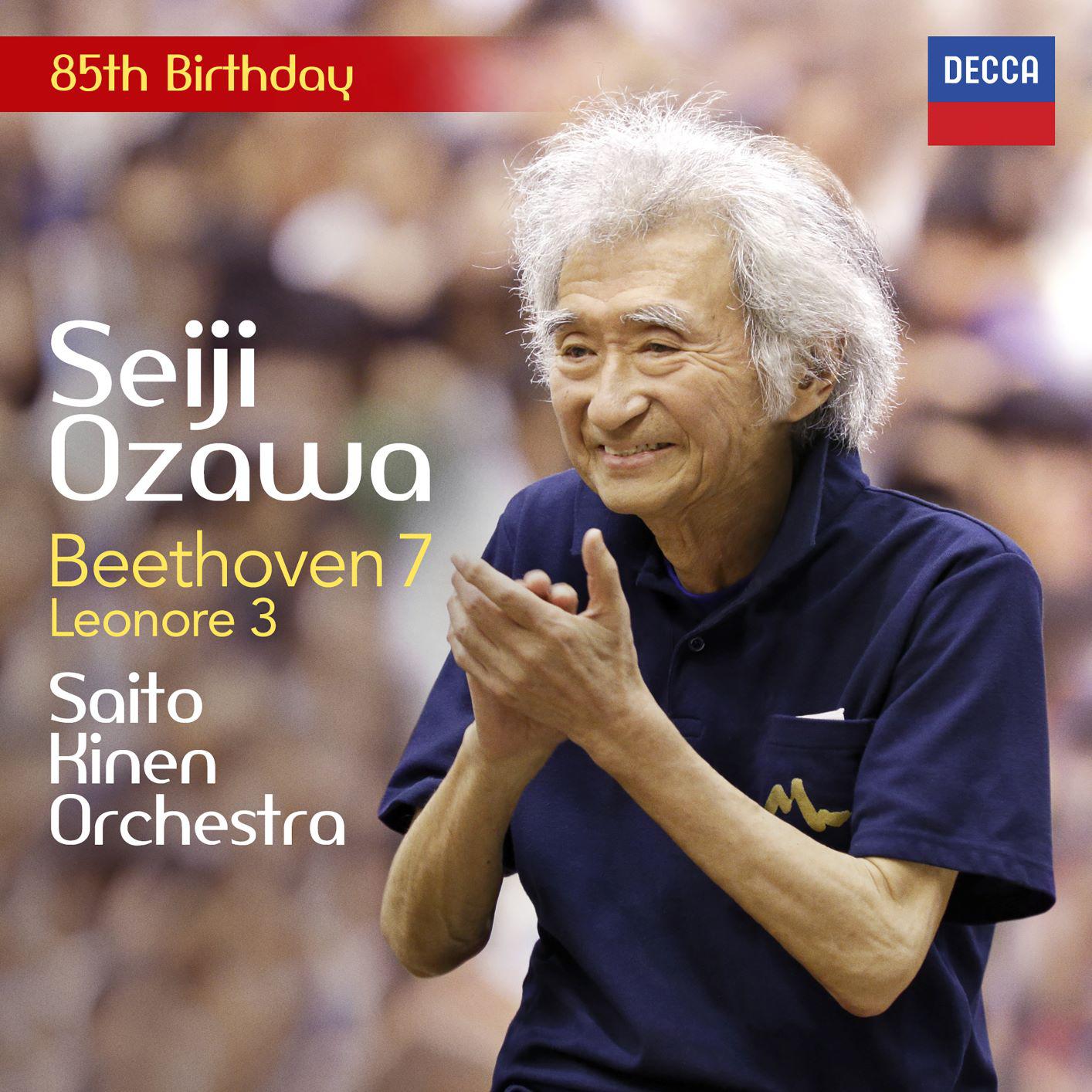